One of the aims of Dones Mentores is to increase the quality standard of social care systems. We have established a network of survivors of gender-based violence, specially trained in mentoring. These mentors are assigned to women going through their own process of overcoming gender-based violence.

The mentor is a core figure in the support and accompaniment of women. Not all mentors will have gone through the same experience as the mentee, but all are uniquely capable of support. The experience of living in a patriarchal system brings with it a unique depth of understanding, with this knowledge acting as a lever for transformation and impactful community participation.

This hybrid network of women steers away from the stigmatisation often associated with the form of violence that many will have suffered. Our refrain is “Neither Victims nor Survivors”; each and every person can be a mentor and harness their experience to offer a service of accompaniment from this very personal and specific perspective.

Raising awareness of community participation through the establishment and training of mentoring groups.

Improving the quality of social care for women.

Helping to establish sustainable systems of social collaboration, with a focus on survivors and women in positions of social vulnerability.

Through the creation and training of mentor networks.

Neither victims nor survivors; mentors. Through the creation and training of mentor networks, we contribute to a heightened awareness of community participation, highlighting the potential and value of the mentoring experience during the path out of gender-based violence.

Providing mentoring networks and support for women in vulnerable situations due to gender-based violence.

Supporting women as they enter the job market, addressing the range of issues they may be faced with, always taking into account the effects of gender-based violence and how it can impact on their search for employment.

Dones Mentores is a program of Social Mentoring from a Gender Perspective established and run by Lores López, Barcelona-based lawyer specialised in equality and gender-based violence. The program is the result of a collaboration with the Danish office KVINFO Mentornetvaerk in Copenhagen.

Over the course of her professional career, Lores worked for many years with the Government de Catalunya, providing legal advice for women and their families in a comprehensive state-run care centre in Barcelona. During her time here, in addition to the direct advice and legal assistance she provided, Lores also participated in the implementation of community-based projects for the prevention of gender-based violence. She formed working groups for the development and revision of local protocols, and took part in many municipal circuits for a comprehensive approach to ending gender-based violence in the Baix Llobregat region.

In 2014, Lores and her family took up residence in Copenhagen. Here she began to collaborate with various organisations including Danske Kvindesamfund, specialising in care for victims of gender-based violence, and Trampolin Huset supporting refugee women. This work served as her first contact with the concept of Mentoring with a Gender Perspective, through the Danish Center for Research on Gender, Equality and Diversity (KVINFO) and particularly its core program Kvinfo Mentornetvaerk.

Her participation in forums on a local, national and international level has given Lores a full panoramic vision of the most common problems in the area of gender-based violence, as well as the multiple approaches to eradicating them.

On her return to Barcelona in 2017, convinced of the importance of complementing existing assistance programs with horizontal community projects involving the contribution of women and promoting social participation, Lores decided to integrate these two areas of experience — mentoring and care for women — and explore how to co-create a local Social Mentoring program with a Gender Perspective in Spain, in collaboration with KVINFO.

How can we help you?

Would you like to be part of our mentor network?

Are you in a vulnerable situation and looking for help?

Do you need a mentor? 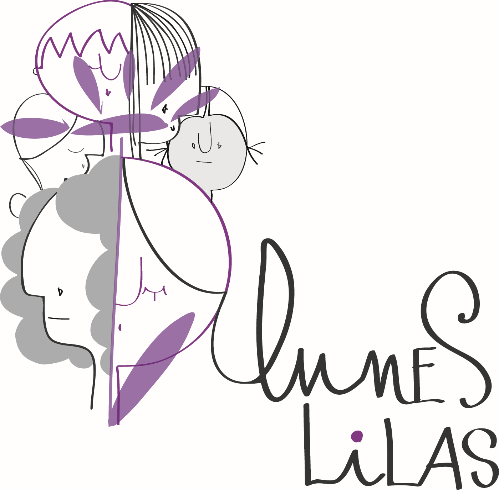 This website uses cookies so that we can offer you the best possible user experience. Cookie information is stored in your browser and performs functions such as recognizing you when you return to our website or helping our team to understand which sections of the website you find most interesting and useful.

If you disable this cookie we will not be able to save your preferences. This means that every time you visit this website you will have to activate or deactivate cookies again.

This website uses Google Analytics to collect anonymous information such as the number of visitors to the site, or the most popular pages.

Please enable strictly necessary cookies first so that we can save your preferences!